16.9.2018. Today the test trip with the Camperdefender starts. After almost 9 months of rebuilding, it finally starts. As travel route I have chosen Spain and Portugal. With me are Markus (resp. Hivo) and of course my Defender "Resi". The day before I was at a wedding of a friend of mine from elementary school and could sleep there the very first night in Defender. As it was getting quite late and it was a humid and cheerful evening, I slept very well. I went to bed at 3, got up at 7:30. It was good that the wedding was in Leipheim, so it is only about 30min to Ulm. There I picked up Markus.

Because we wanted to cross France very fast, we drove almost 1100km to just before Bordeaux with few food and pee breaks. We slept on a small picnic place at the roadside. We avoided toll roads. The next day we drove with the rush hour traffic past Bordeaux to Spain. The trip went without problems. Finally in Spain we followed the coastal road (N634) in the north and went via San Sebastian to Santoña. There you will find a beautiful beach (overnight stay possible), a 5-star prison and a small mountain "Peña Ganzo".

The mountain has been climbed quickly. But its summit is rather secondary, because on the eastern side of the mountain there are hidden about 700 steep steps carved into the mountain. These lead straight to the sea. Below you are rewarded with a great view and a rope to jump into the crystal clear sea.

Caution: The direct way is not well signposted and also not illuminated. We only started walking in the evening and on the way back we got lost in the forest in total darkness and rain. Be sure to walk during the day, take water and a cell phone + Navi with you, otherwise it could end badly.... The next day, after a breakfast on the beach and a round of boules, we continued along the coastal road (A-8) towards the west. Until the west coast of northern Spain.

Near Cedeira there is a small headland that is easily accessible by jeep. On the headland you have a breathtaking view over the cliffs along the mainland including a lighthouse and a magnificent sunset. It is possible to spend the night there. But it gets very stormy at night. On the way to Portugal, one almost inevitably passes Santiago de Compostela. This is also a worthwhile stopover for unbelievers. The cathedral is impressive. If you arrive on time, you can marvel at the swinging of the huge incense burner.

From Chaves to Faro on the N2 From Santiago we went north over the border to Chaves. Here begins the N2 running inland. This is the former main road from Chaves down to Faro. Meanwhile the road is hardly used anymore, because there are fast motorways and the more popular coastal roads.

The N2 runs over serpentines, through vineyards, isolated villages and beautiful landscapes. With a motorcycle the road is a must! Over a small detour we found a remote reservoir, which is ideal for wild camping.

Short digression: In principle, fishing in Portugal is quite uncomplicated. For the sea you can simply apply for a licence online. For the lakes you have to go to an office, which are spread all over the country. The lakes are hardly fished even by the locals, fishing tourism is not here anyway. Therefore the lakes have a high fish population and give hope for a successful fishing day. Further information.

On the N2 we went further north. In Lamego we made a short stop for the church "Santuario De Nossa Sntora Dos Remédios". Here it goes over different levels up to the church. Nice. At Penacova take IP3 in southwest direction. Destination was a small beach near Ulgueira. Attention: Totally small and partly steep alleys, difficult to pass with a motorhome.

The beach was a dream: sand, waves, sea. From there you can drive a small dirt road up to the cliff. View to the lighthouse and so on. The place is very popular with surfers, but right next to the pitches everything, and I mean really everything, is full to bursting. It was really disgusting, there was toilet paper everywhere. Not so, dear surfing community!

Breakfast was served on the beach and there was some sunshine. We continued to the Iniciatic Well. Just the drive there was a torture. Again miniature alleys, full with cars. That went on very slowly and annoyingly. The whole thing was completely overcrowded, we did not watch it at the end. To make distance we took the highway to Lagos. In Lagos we visited a school friend with his girlfriend and daughter (Max, Tamara and Carla), who live here for an indefinite period of time in their "FL1",two former shipping containers that Max designed and built. The containers are located on a leased piece of land. Thanks to small fields, wells and solar energy they are completely self-sufficient. Only every 2 months a new gas bottle for stove and oven is needed.

With a few more visitors (Vroni, Mirko, Mascha, Basti) and the landlord (Holger) we had a delicious barbecue and enjoyed the evening. The following day we were joined by the "permanent camper" Toni, who is editing a film project about container life.

On the coast of Portugal, oil fracking is supposed to take place, which is why a few initiators have organised the action " PaddleForNature". There a few hundred surfers (including us) met on the beach. Together we paddled into the sea and there we formed a huge circle on the boards, a bit of noise, a bit of silence and a bit of holding hands. So we took a peaceful stand against a questionable thing and for nature. Whether it helps anything, remains questionable. Media and Co were there in any case.

From the hippie flea market to Odeleite

After another night at FL1 we went to a hippie flea market together. And those were indeed hippies who define hippie existence. Flea market was funny and interesting to watch. Afterwards we had to say goodbye and drive along the coast towards Faro and then up to Odeleite. There we had again a dreamlike sleeping place at a reservoir. 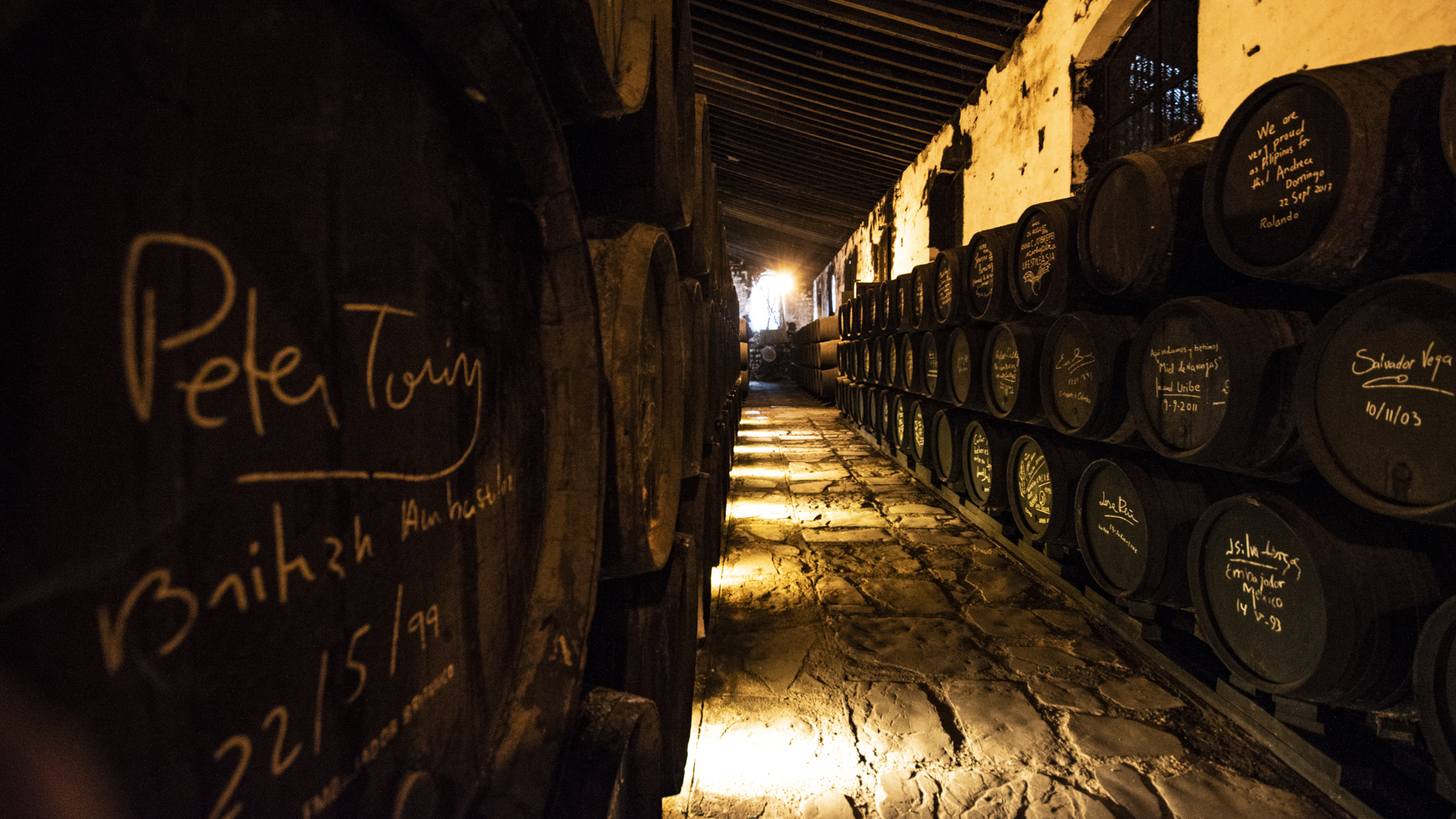 Those who drink brandy or have already heard about it should make a side trip to Jerez de la Fronterra (near Cadiz). Because only here brandy may be distilled. The most famous is probably the Veterano with the typical black bull on the bottle. Unfortunately there was no guided tour at that time, so we went to the Bodgea Fundador. The guided tour was short but interesting. The tasting was okay, but not the hit.

From now on we went north again with the final destination Germany. On the A-4 we crossed Spain until we reached Castell de Girbeta. The drive there was very impressive and reminded us of the wild west. Near Castell de Girbeta we spent the night at a small river and were woken up the next morning by a lovely and playful dog. 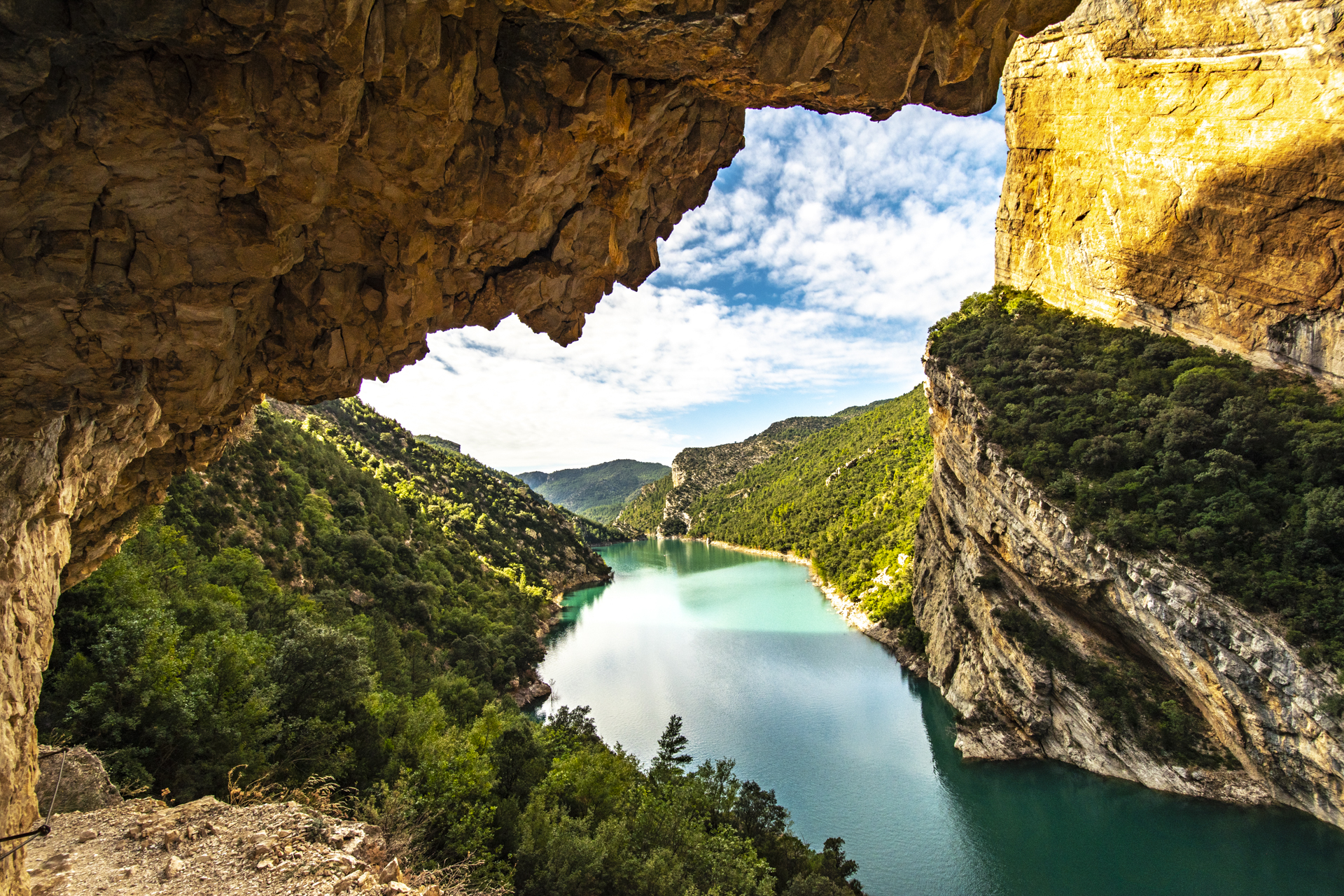 Only a few kilometres away is the water landscape Sola de Mont-rebei. Turquoise-blue, clear water has taken over the landscape here. The surrounding mountains are reflected in the smooth surface.

You should plan several hours and go hiking along the gorge. The river meanders through two several meters high cliffs. Canoeing is also possible. On the way back (around noon) there was much more action, so come early.

Afterwards we went directly to Andorra. Andorra is one of the smallest countries of Europe and lives from tourism and the practically non-existent taxes. Here you can stock up on cigarrettes, alcohol and much more. But please pay attention to the exemption limits, there are controls at the border!

Unfortunately, Spain and Portugal are situated in such a way that one (apart from the ferry) always has to drive through France. These are over 1000km of annoying cucumbers. Why cucumber? Worldwide there are 40,000 roundabouts, France has unbeatable 20,000! Half of all roundabouts in the world, are in France. Each side street leads with a roundabout to the main road. Instead of driveways, as every other country has, there are roundabouts (partly also on the motorway!). This makes the drive tough, annoying and boring. Dear French people, it is nice that you are proud of your invention, but you don't need to overdo it.

We drove about 6500km in less than 2 weeks. This was a mammoth tour and a real test for car and nerves, but we survived everything well. For this trip you should definitely take at least 4 weeks time, otherwise you are always rushed by time and enjoyment and recreation come too short.

Portugal and especially northern Spain are very beautiful countries. People and culture are interesting and friendly. In southern Spain, tourism sets the tone, which unfortunately has a negative effect on the travel experience. Nevertheless it is worth seeing. 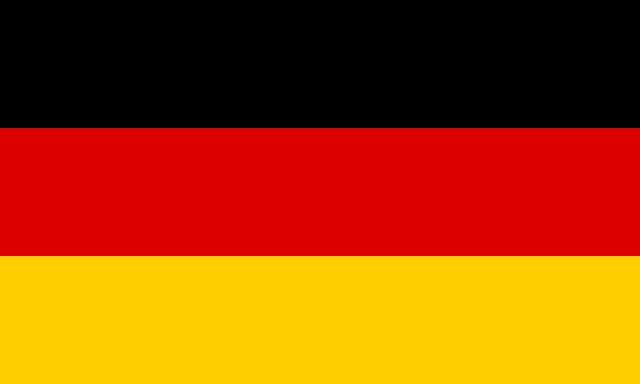 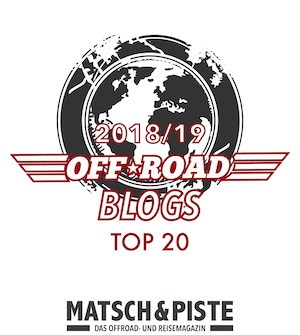